mirror creatures, realized on January 13th, 2018, is centered around a drone of two filtered sawtooth waves (one oscillating at 50Hz and the second constantly gliding between oscillating at 50 and 55.5 Hz) and also draws sonic material from other synthesized sounds as well as from transformed Freesound Creative Commons 0 samples of crows, a cat's meow, a cassette tape motor, sleigh bells, and puppies. The piece derives its name from Jorge Luis Borges' "Fauna of Mirrors" from The Book of Imaginary Beings which describes mirror-bound, once-freely traveling beings who will invade our world following "the clatter of weapons". Like many of my compositions from 2016 up through 2018, mirror creatures is the result of improvising with a piece-specific Pure Data patch in which individual components focused on specific samples or Pd synths generate randomized sound event parameters and are triggerable manually or automatically according to user-specified rates. Although lacking the sense of a steady pulse, mirror creatures owes its initial inspiration to "Gwely Mernans" from the 2001 Aphex Twin album Drukqs. 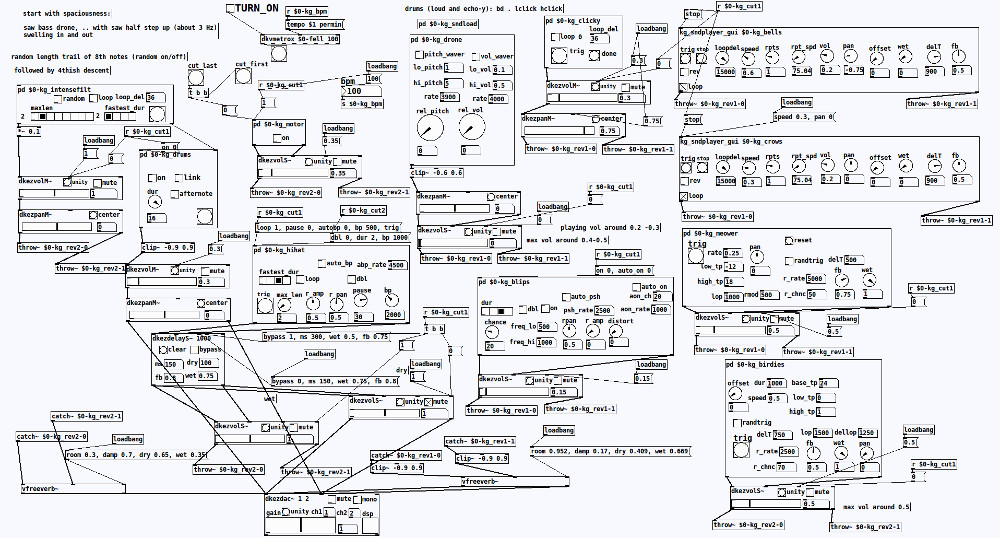